For your information there are one of the biggest events that launch at Pahang. That is Royal Pahang Billfish International Challenge. During this events the participants will strive bound to get a big fish during the events. This event is very popular at Pahang.

This event is held at Pantai Bernas Jetty, Kuala Rompin, Pahang, Malaysia. All fishing enthusiasts  around Malaysia will gather together during this event. This event can be said to be a fishing tournament looking champions in the big fish. 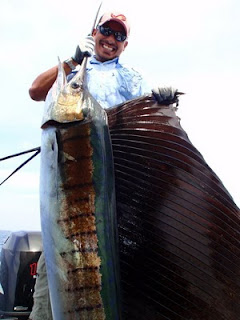 The Royal Pahang Billfish International Challenge is an annual off-shore catch and release fishing competition that has been held for the past four years at the sea off the town and serene beaches of Kuala Rompin in Pahang, about 125 km south of Kuantan, Malaysia.
The event also boosts tourism for the state of Pahang, with an annual tourism revenue of 58.3billion ringgit. Last year alone Pahang recorded 9.3million tourist arrivals. The South China Sea offers a natural migration route for the Billfish species (istiophorus platypterus) on their way from the northern hemisphere to Australia. There are 12 species of true billfishes, divided into two families and four genera. One family, Xiphiidae, contains only one species, the swordfish Xiphias gladius, and the other family, Istiophoridae contains 11 species in three genera, including marlin, spearfish and sailfish. Like tuna, bonito and mackerel, billfish have both the ability to migrate over long distances, efficiently cruising at slow speeds, and the ability to generate rapid bursts of speed. These speed bursts can be quite astonishing, and the Indo-Pacific sailfish has been recorded making a burst of 68 miles per hour (110 km/h), nearly top speed for a cheetah and the highest speed ever recorded for a fish. Rompin is unassuming as it is scenic, offering some of the best Billfish type fishing in the world. Source 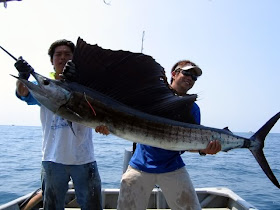